Blog - Latest News
You are here: Home / Articles / 5 Quotes on Death to Live By 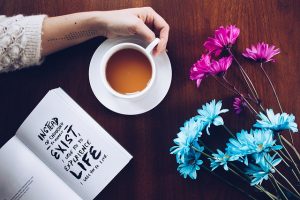 The death of someone we love is an emotionally devastating experience. The pain can’t be simply put into words and we’re oftentimes left with so many questions. We feel confused and this is normal. This could be the reason why eulogies are so difficult to deliver. That is because not only are we to contend with our grief on a personal level, but we’d also have to stand in front of people who feel the same way while trying to make sense to them what just happened when we ourselves might still have no clue. However, people depend on our strength, especially in this most trying time. In a time of internal turmoil, sometimes, we must be the ones people have to depend on or else everybody won’t be able to stand what little ground they have.

Thus, it is vital that we know what to say when we step up on that podium. It is true that for some people, the pain was too much to bear, they could not finish the eulogy. While this is perfectly understandable, this is something we’d undoubtedly wish would not happen to us once it’s our time to deliver the speech. People look to us for solace and inspiration and it is incumbent upon us to not fail them. So, here are quotations from insightful people throughout history which delve upon the task of understanding death and human grief. We hope that you may find these quotes useful as you integrate them into your speech as you look for the words to say at a memorial service or funeral ceremony.

1.) It had blown a violent storm at sea, and the whole crew of a vessel was in imminent danger of shipwreck. After the rolling of the waves was somewhat abated, a certain Passenger, who had never been at sea before, observing the Pilot to have appeared wholly unconcerned, even in their greatest danger, had the curiosity to ask him what death his father died. “What death?” said the Pilot; “why, he perished at sea, as my grandfather did before him.” “And are you not afraid of trusting yourself to an element that has proved thus fatal to your family?” “Afraid? by no means; why, we must all die: is not your father dead?” “Yes, but he died in his bed.” “And why, then, are you not afraid of trusting yourself to your bed?” “Because I am there perfectly secure.” “It may be so,” replied the Pilot; “but if the hand of Providence is equally extended over all places, there is no more reason for me to be afraid of going to sea than for you to be afraid of going to bed.”

-The Passenger and The Pilot – Æsop

2.) Death does not concern us, because as long as we exist, death is not here. And when it does come, we no longer exist.

3.) Cattle die, Kinsmen die. Cattle die, kindred die, Every man is mortal: But the good name never dies. Of one who has done well.

4.) Ancient Egyptians believed that upon death

they would be asked two questions

and their answers would determine

whether they could continue their journey in the afterlife.

The first question was, “Did you bring joy?”

The second was, “Did you find joy?”

5.) “We are going to die, and that makes us the lucky ones. Most people are never going to die because they are never going to be born. The potential people who could have been here in my place but who will in fact never see the light of day outnumber the sand grains of Arabia. Certainly, those unborn ghosts include greater poets than Keats, scientists greater than Newton. We know this because the set of possible people allowed by our DNA so massively exceeds the set of actual people. In the teeth of these stupefying odds, it is you and I, in our ordinariness, that are here. We privileged few, who won the lottery of birth against all odds, how dare we whine at our inevitable return to that prior state from which the vast majority have never stirred?”