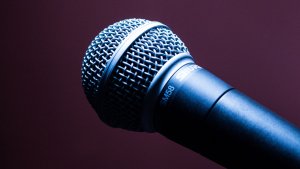 You, you may say
I’m a dreamer, but I’m not the only one
I hope someday you’ll join us
And the world will be as one

You, you may say
I’m a dreamer, but I’m not the only one
I hope someday you’ll join us
And the world will live as one

There are numerous funeral quotes and poems that were inspired by songs. This post will talk about one of the inspirational songs that many people play during funerals. The song “Imagine” was performed by John Lennon.

The lyrics were written by a collaborative effort between the creative minds of Tracy Curry, Mark Batson, CordozarBroadus, Jason Boyd, Dawaun Parker, and Andre Young.

From the title of the song, you would already know that the theme is basically a person who is trying to think beyond what reality is giving us. This piece would be perfect for the funerals of kids because children usually have great imagination. It is also applicable to those who were known to be visionaries, artists, or a spokesperson for a good cause.

The lyrics of the song had me going because of the profoundness. The meanings of the lines are so deep that they can make you think of all the possibilities that there may be.

If you read closely, it will tell you that when a person dies, nothing else really matters. There is no rich or poor in death and religion does not separate people anymore.  The song also tells the grieving family of “what-could-have-been” moments and this strengthens the fact that people should always make the best of their lives.

This song is only one of the numerous funeral songs that you can find at www.songmeanings.net.